With over 30% of all fatal traffic accidents in Indiana involving drunk drivers, the state has very little tolerance when it comes to DUI cases, especially for repeat offenses. DUI cases in the state of Indiana are classified into misdemeanors and felonies, with felonies bearing more severe penalties. In addition to potential mandatory incarceration and heavy fines, a felony DUI conviction can profoundly affect your personal and professional life. You risk losing your driving privileges, current job and future employment opportunities, child custody rights, student benefits, and more. A Zionsville Felony DUI Defense Lawyer may be key to you keeping your life on track.

If you are facing a felony DUI charge in Zionsville, it is highly crucial that you reach out to an experienced felony DUI defense attorney as soon as possible. A skilled attorney will help to deliver the best outcome for your case, whether it is by having your charge dismissed or ensuring a reduced sentence (if there is overwhelming evidence against you).

Our DUI attorneys  at Rathburn Law have more than 25 years of experience helping individuals facing all kinds of DUI cases secure their freedom and future. We can do the same for you. No matter how serious your case is, all is not lost, give us a call today at 317.671.8965 for the best legal defense in Zionsville.

Yes. Under ordinary circumstances, a first-time DUI will be charged as a misdemeanor. However, in the presence of certain aggravating factors and/or prior convictions, a misdemeanor DUI can be bumped up to a felony DUI, which carries more severe penalties.

It is important to understand what a felony DUI entails in Indiana and what potential penalties you can face if you are found guilty of the offense. This will help you to better understand your situation and what your options are.

For a first-time DUI offense, you can be charged with a felony DUI if the following factors are present: 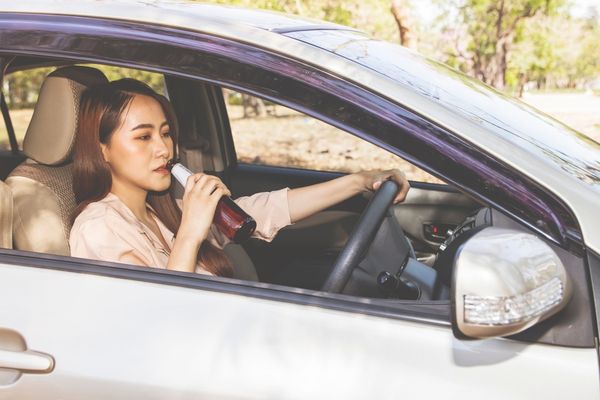 The penalties for a felony DUI conviction will vary depending on the level of felony DUI the offense falls. In Indiana, there are three levels of felony DUI offenses: level 6, level 5, and level 4. The lower the number the more serious the offense.

You can be charged with a level 5 felony if the following issues are present in your case:

If you are convicted of a level 5 DUI, you can expect penalties including a prison sentence of between one and six years and a maximum fine of $10,000. You can also face a license suspension. Level 5 felonies have an advisory sentence of 3 years.

Level 4 felonies are the most serious types of felony DUIs. Level 4 DUI felonies involve one basic element: the death of another, in addition to any of the following issues:

Level 4 felonies carry the most severe penalties. If you are convicted of a level 4 DUI, you can face penalties including a prison sentence of two to twelve years, a maximum fine of $10,000, and a license suspension.
It is important to note that in the unfortunate event you cause the death of multiple people, you can face multiple felony DUI charges from that one accident. Each death will be treated as a separate offense.

Besides the penalties for the charges above, you can also face other penalties depending on the number of prior convictions.
In case you have one prior DUI conviction, you can be subject to penalties like:

In case you have two prior DUI convictions, you can be subject to penalties like:

The judge doesn’t have the mandate to suspend any of these terms of incarceration and they should consist of at least 48 consecutive hours and should be completed within 6 months of your sentencing. 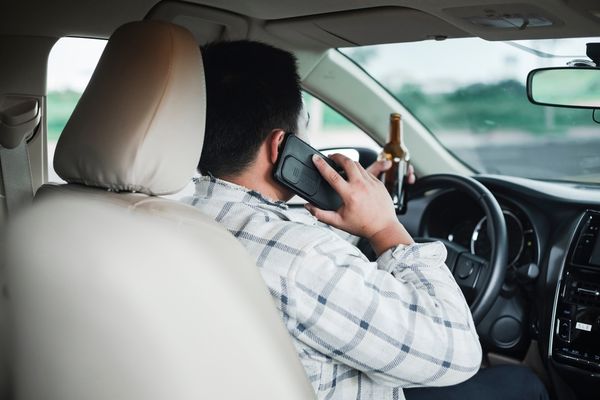 Many people overestimate their ability to drive safely when drunk. It is a common mistake for people to get behind the wheel while intoxicated. This is why a regular first DUI is treated less seriously. However, choosing to get back on the wheel while drunk and getting arrested a second, third, fourth, and subsequent time is treated increasingly less favorably. It can be considered a blatant violation of the law.

In Indiana, a subsequent DUI conviction is one that occurs within five years of your previous conviction. If you rack up three DUI convictions within 10 years, you will be considered a habitual offender in Indiana. The third charge will automatically be tried as a felony.

There are other charges and punishments connected to a DUI charge.

It is important to note that the state of Indiana doesn’t have a ‘vehicular homicide’ or a ‘vehicular manslaughter’ statute. As a result, individuals who cause the death of another person due to drunk driving are usually charged with reckless homicide. Under Indian Code section 35-42-1-5, reckless homicide is the act of recklessly killing another person. Essentially, reckless conduct is one in which a person behaves in plain, conscious, and unjustifiable disregard of harm that might occur to others and the disregard involves a significant deflection from expected standards of conduct in that particular situation. Here, the prosecutor typically argues that you knew that driving while drink may cause substantial harm to others and you still chose to do so anyways.
Reckless homicide, also known as criminally negligent homicide, is a Level 5 felony.

If convicted of reckless homicide, you may face penalties including a one to six-year prison imprisonment and a fine not exceeding $10,000.

Reach Out To An Experienced Felony DUI Defense Lawyer!

Being hit with a felony DUI charge in Indiana is one of the most serious legal matters that you can find yourself dealing with. Indiana has some of the most strict penalties for felony DUIs in the country. The possibility of jail time, hefty fines, loss of driving privileges, and the loss of certain civil rights such as the right to bear arms is sure to keep you awake at night. This is a matter that you need to deal with urgency and all seriousness. Your best move in the face of such a predicament is to hire a highly skilled and experienced Zionsville felony DUI defense attorney from Rathburn Law.

Charles Rathburn is a highly-trained and nationally-recognized DUI expert with over 25 years of experience helping people overcome DUI cases. While we do not condone drunk driving, we understand that there are many innocent people who end up suffering wrongful DUI convictions and unnecessary harsh consequences due to errors by law enforcement and the judicial system. We have taken it upon ourselves to help protect your rights, freedom, and future. Call us today at 317.671.8965 to schedule a free consultation.