If you’ve been arrested for a DUI, you need to speak with an experienced defense lawyer as soon as possible. A DUI conviction often comes with serious consequences that can impact your life for years to come. You could lose your driver’s license, pay a hefty penalty, and even go to jail. Rathburn Law is here to help. Our experienced Zionsville DUI Defense Lawyer has years of experience defending clients against DUI charges in Zionsville, and we know how to get the best results possible in each case. Contact us today at 317.671.8965 for a free consultation.

What Is the BAC (Blood Alcohol Content) Limit in Zionsville?

The BAC limit in Zionsville is divided into three categories:

What Penalties Can I Face for a DUI in Zionsville?

Here are some of the penalties that you can face for a DUI offense in Zionsville:

Can I Refuse a Breathalyzer Test in Zionsville?

Refusing a breathalyzer is considered a violation of the implied consent law in Zionsville. This means that you are automatically assumed to be guilty of DUI and subject to arrest. Additionally, refusing a breathalyzer test will not only result in the suspension of your driver’s license but it will also become difficult to obtain a hardship license. However, this is typically only available to those who submit to the breathalyzer and are found to be over the legal limit. Under Indiana law, all drivers are considered to have given their consent to submit to chemical testing if the police have enough cause to believe that they are driving a vehicle under the influence of alcohol or any other drug. This means that if you get pulled over because of drunk driving, a breathalyzer test should be expected. If you refuse to take the test, you will automatically face penalties, including the suspension of your driver’s license. In addition, if you take the test and it shows that you are above the legal limit for blood alcohol content, you will also be subject to penalties. These can include fines, jail time, and the suspension of your driver’s license. As a result, it is important to be aware of Indiana’s laws regarding drunk driving before getting behind the wheel.

What Is a Felony DUI in Zionsville?

In Zionsville, a DUI is typically a misdemeanor offense. However, there are certain circumstances in which a first DUI offense can be considered a felony. For instance, if someone seriously injures or kills another person while driving under the influence, they will be charged with a felony DUI. Additionally, if somebody drives while under the influence of alcohol or drugs with a minor in the vehicle, they will also be facing felony charges. Finally, if an individual has had a DUI conviction within the last seven years, their first offense will again be considered a felony. These enhanced penalties reflect the serious nature of these offenses and serve as a deterrent to would-be offenders.

Some of the common defense strategies that we use in DUI cases to save our clients are as follows:

Lack of probable cause for a stop

Challenging the accuracy of tests

In any DUI case, the accuracy of the breathalyzer test is crucial. If the test results are incorrect, it could mean the difference between a conviction and an acquittal. There are a number of ways to challenge the accuracy of a breathalyzer test, including questioning the calibration of the machine and the training of the operator. Additionally, certain medical conditions can cause false positive results on breathalyzer tests. In fact, breathalyzer tests are not always able to distinguish between different types of alcohol, which can lead to inaccurate results if the person being tested has consumed a non-alcoholic beverage prior to taking the test. If any of these factors are present, it may be possible to get the charges reduced or dismissed altogether.

Convict not given a chance to contact a lawyer

Another defense tactic that works wonders is if the suspect is not given the opportunity to contact an attorney. The police are required to read suspects their Miranda rights, which include the right to remain silent and the right to an attorney. If the police do not read the suspect their Miranda rights, then anything that the suspect says after that point can be used against them in court. As a result, if the suspect was not given the opportunity to contact an attorney, then it is likely that any evidence obtained after that point will be excluded from the case. This can often be enough to get the charges against the suspect dropped. 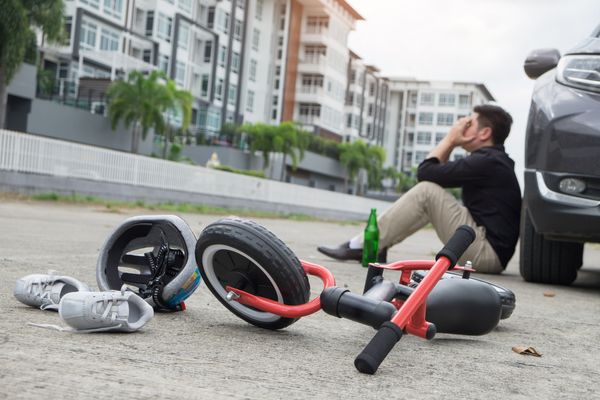 How Can a Zionsville DUI Defense Lawyer Help Me?

Here are a few ways how we can help you as your DUI defense lawyer in Zionsville:

If you have been charged with DUI, you will need an experienced DUI defense lawyer to handle the charges on your behalf. A DUI conviction can result in severe penalties, including jail time, loss of driving privileges, and hefty fines. Our experienced DUI defense lawyers know how to challenge the evidence against you and build a strong defense to protect your rights. They will also be able to negotiate with prosecutors to get the charges against you reduced or dismissed. Don’t try to handle a DUI charge on your own, contact our DUI defense lawyer today for help.

A DUI charge in Zionsville means facing a number of penalties, including jail time, fines, and the loss of your driver’s license. Fortunately, our DUI defense lawyers can help you to avoid the most severe penalties by negotiating with prosecutors on your behalf. In many cases, our lawyers can get the charges against you reduced or dismissed altogether. Additionally, they can work to ensure that you keep your driver’s license and avoid having to serve time in jail.

Find evidence to defend your case

Our DUI defense lawyer will look for any and all evidence to help you win your case in court. This includes evidence that may be favorable to you, as well as evidence that may be unfavorable to the prosecution. For instance, the lawyer will look at the police report to see if there are any inaccuracies or inconsistencies. He will also interview witnesses to get their side of the story. In addition, the lawyer will review any video footage of the incident. By thoroughly investigating the case, our DUI defense lawyer can build a strong defense and give you the best chance of winning your case in court.

If you have been arrested for a DUI in Zionsville, it is important to contact an experienced DUI defense lawyer as soon as possible. The attorneys at Rathburn Law are dedicated to defending the rights of those accused of DUI and will work tirelessly to get the best possible outcome for your case. We will make sure that you don’t face a severe penalty or charge against your case and that you get your license back quickly. Call us today at 317.671.8965 for a free consultation.