Misdemeanor Or Felony: DUI in Indianapolis

You’ve probably heard a lot of different things about DUIs and what they can mean for your future. Some people say that a DUI is always a misdemeanor, while others insist that it can be a felony. So what’s the truth?

The fact is that, in Indianapolis, DUI can be considered either a misdemeanor or a felony, depending on certain factors. If you’re convicted of DUI, you could face significant penalties, including jail time and heavy fines.

That’s why it’s so important to speak with an experienced DUI lawyer in Indianapolis if you’ve been charged with DUI. An attorney from the Rathburn Law Firm can help you understand your legal options and build the strongest defense possible.

Contact an Indianapolis criminal defense attorney from our firm today for more information.

For now, let’s dive back into the topic!

DUI Laws in the State of Indiana

DUI laws in the state of Indiana can be confusing, and even a bit overwhelming.

What counts as a DUI?

What are the penalties?

Is DUI a misdemeanor or a felony?

We know that it can be hard to keep track of everything, especially when you’re stressed out and worried about what might happen if you’re convicted of a DUI. That’s why we’re here to help. In this article, we’ll walk you through everything you need to know about DUI in the state of Indiana—from the penalties and fines, to how a DUI affects your driving record.

The Difference between Misdemeanor And Felony DUI

However, if you have a prior DUI conviction on your record there are mandatory periods of incarceration. The penalties for a felony DUI vary based upon the facts of the case. The harshest penalty would be if someone died.  That offense is a level 4 felony and has a maximum possible sentence of 12-years in jail. The fine could be up to $10,000.00

Consequences of a Misdemeanor DUI Conviction

If you are convicted of a misdemeanor DUI in Indianapolis, there are several consequences you may face.

These consequences can include but are not limited to jail time, community service, fines, driver’s license suspension or being required to install an ignition interlock device on your vehicle.

Keep in mind that the consequences for a misdemeanor DUI conviction may vary depending on your specific case. It is important to speak with an experienced DUI lawyer in Indianapolis to learn more about how a conviction may impact you.

Consequences of a Felony DUI Conviction

If you are convicted of felony DUI in Indianapolis, the consequences can be serious. First, you may face up to 12-years in prison and a fine of up to $10,000. You potentially could also lose your driver’s license for longer than one year, and if you are ever convicted of driving under the influence again, the penalties will be more severe.  There are sentencing incarceration enhancements for repeat offenders in addition to the statutory penalties.

On top of those hefty fines and criminal sentences, a felony conviction can also have long-lasting consequences on your job prospects or education opportunities. You might find it harder to gain access to housing or loans due to your criminal record.

The stigma attached to being convicted of a felony can be difficult to endure. In addition, you will have to complete probation and/or parole requirements specified by the court as part of your sentence. All these factors make it even more important that you work with an experienced attorney who understands Indianapolis laws and can offer you sound advice on how best to proceed with your case.

What is DUI Considered? A Misdemeanor or Felony in Indianapolis

In Indianapolis, driving under the influence (DUI) can be charged as a Class-C Misdemeanor or a Class-A Misdemeanor. If you are convicted of DUI in Indianapolis, you may be subject to a sentence of up to 60-days in jail for a Class-C Misdeanor and a fine of up to $500.00 or one year in jail and a fine of up to $5,000 For a Class-A Misdemeanor. The potential penalties for a DUI charge in Indiana are quite severe and can affect your life and workplace opportunities significantly.

A conviction for DUI in Indianapolis can also result in an automatic driver’s license suspension. Depending on the circumstances, the length of this suspension may vary depending on the charge for which you are convicted. You may also be required to complete an alcohol or drug education program as part of your sentence. Additionally, if convicted you may be ordered to install an ignition interlock device (IID) which requires you to provide proof of sobriety before starting your vehicle’s engine.

If any serious injury or death is caused by your drunk driving offense, it can be elevated from a misdemeanor charge as a felony instead. This means that the potential penalties will be much more severe as mentioned above, depending on the level of damage caused.

What to Do After a DUI?

If you have been charged with a DUI in Indianapolis, you should consult with an experienced DUI lawyer in Indianapolis who can evaluate the facts of your case and advise you of your legal options. An Indianapolis DUI lawyer can also represent you in court and help you obtain the best possible outcome in your case.

How an Indianapolis Criminal Defense Lawyer Can Help You

If you’re facing DUI charges in Indianapolis, you might be wondering what the legal consequences are. In Indiana, a first-offense DUI is generally considered a misdemeanor. However, the prosecutor can level additional charges such as child endangerment, injury, or death to elevate the charge to a felony.

In either case, it’s important to remember that DUI charges are serious and require the help of an experienced Indiana criminal defense lawyer. Your attorney from the Rathburn Law OFFICE will not only work to protect your rights throughout the proceedings but may also be able to have your charges reduced or dismissed entirely.

Specifically, an Indianapolis criminal defense lawyer from our firm can work with you to explore strategies like negotiations with prosecutors, plea bargains, and more to minimize your exposure and help you achieve the best possible outcome for your case.

Consultation is free, call us now to explore your options!

PrevPreviousIs A No-Contest A Good Idea For Someone Charged With DUI?
NextMiranda Rights: Definition and Use in a DUI CaseNext 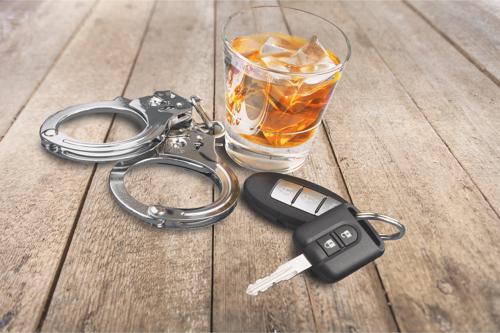 How to Handle Felony DUI Charges in Indianapolis