It’s a crime in all U.S. states and territories for a driver to operate a motor vehicle while under the influence of alcohol. In Indiana, it is categorized as a Driving Under the Influence (DUI) offense.

If you have been arrested for driving under the influence in Indiana, it’s critical that you hire a DUI defense lawyer as soon as possible. Since DUI is a crime, your charge may be prosecuted in court, and you could face severe consequences.

At Rathburn Law, we have world-class DUI defense attorneys serving in Brownsburg, IN, and the surrounding areas. Our Brownsburg DUI defense lawyers will guide you through the judicial process and try to minimize the consequences the DUI charge could bring upon you. Contact us today to discuss all available legal remedies for your DUI case.

Driving Under the Influence (DUI) Vs. Driving While Intoxicated (DWI) 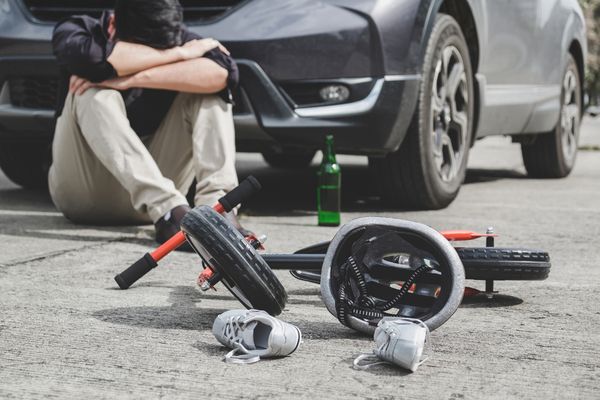 What Is the BAC (Blood Alcohol Content) Limit in Indiana?

Alcohol has several effects on the human body<a>, including clouding judgment, impairing dexterities, and slowing down reaction times. As a result, it can severely affect your ability to drive. How much negative effect alcohol has on you will depend on several factors, such as your weight, height, metabolism, and gender. Most states, including Indiana, rely on a person’s blood alcohol concentration (BAC) to ascertain their level of drunkenness.

If your BAC exceeds the stated limits for your relevant category, you are not permitted to drive. Although the legal limit for operating a non-commercial vehicle is 0.08%, it doesn’t mean it’s safe for you to do so. This is because your judgment is already notably affected with a BAC of 0.04%, which is why the legal limit for commercial drivers is set here. By the time you hit a BAC of 0.06%, you are two times more likely to be involved in a fatal traffic accident than a driver who is sober.

At Rathburn Law, we recommend that you know how police measure BAC levels, as this can help with your Brownsburg DUI defense later on. If the police pull you over and suspect you are drunk beyond the legal limit, they have three test options to confirm your BAC level: breath, blood, or urine. You should know that under Indiana state law, the police officer will be the one to pick the test you take.

Breath tests are the most common BAC level tests in Indiana as they are simple, are commonly done at the scene of the stop, and provide instantaneous results. The police officer will hold a breathalyzer to your mouth and ask you to blow air into it. The breathalyzer will immediately show your BAC level.

Urine and blood tests are more complicated. Urine tests involve you being taken to the local police department and asked to provide a urine sample. Blood tests involve a licensed medical practitioner extracting your blood sample using a syringe and needle either at the scene of the stop, the local police station, or a medical facility. Your urine or blood sample will be sent to the lab, and it can take up to a month for the results to be processed.

What Penalties Can I Face for a DUI in Indiana?

If the test you were subjected to shows that you were drunk beyond the legal limit, you will be charged with a DUI offense in Brownsburg, IN. Contact our Brownsburg DUI defense lawyers to handle your case if you are in the Brownsburg region. DUI charges can carry severe penalties, and getting the best defense is vital to end up with the most favorable outcome possible.

In Indiana, the penalties for a DUI offense will vary depending on the circumstances of your case. The range of allowable penalties will be largely influenced by the number of prior DUI convictions you have.

Keep in mind that the state will keep every DUI conviction on your record, and it will be regarded as a prior conviction forever. Some of the penalties you may face for a first-time or repeat DUI conviction in Indiana include: 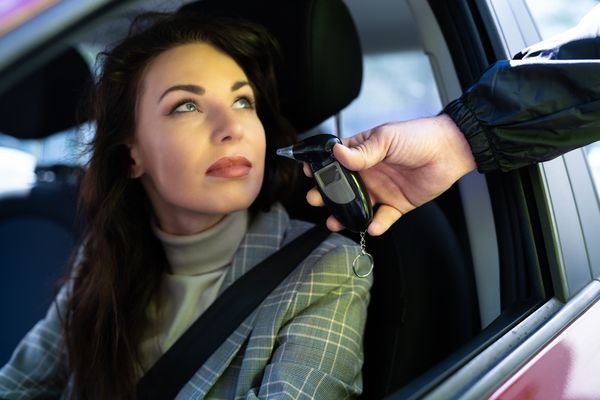 Can I Refuse a Breathalyzer Test in Indiana?

If you have been arrested for declining a breathalyzer test in Brownsburg, IN, it’s critical that your Brownsburg DUI defense lawyer immediately for sound legal counsel. Before you respond to any questions or accept culpability, consult with our skilled DUI defense attorneys near Brownsburg, IN.

What Is a Felony DUI in Indiana?

There are numerous defense avenues that Rathburn Law attorneys can follow to achieve the best outcome for your Brownsburg DUI case. Here are some of the common defenses that our legal team may use in your DUI case.

Lack of Probable Cause for the Stop

How Can a Brownsburg DUI Defense Lawyer Help Me?

At Rathburn Law, our top priority is defending you to get the charge dismissed and you declared innocent. If this is not a possibility, our DUI defense attorneys in Brownsburg will move on to pursue a lighter penalty for your DUI offense. This can include pointing out inconsistencies in the evidence to weaken the prosecution’s case and negotiating a plea deal with the prosecutor — on your behalf.

Our defense attorneys may also argue against your felony DUI charge to bring it down to a misdemeanor DUI. If your DUI conviction turns out to be unfair, our legal team will file an appeal on your behalf and pursue a more favorable outcome.

Contact us at Rathburn Law if you have been arrested for declining a breathalyzer test or if you are facing a DUI charge. Our attorneys have relevant experience defending persons accused of misdemeanors and felony DUIs in Brownsburg, IN.

Depending on the facts of your DUI charges, we can argue for less severe penalties or the dismissal of the charges. Our experienced DUI defense attorneys from Brownsburg will take control of the case and deliver the best possible outcome.