Indiana has very strict laws on the operation of vehicles when under the influence of alcohol or controlled substances. The state generally classifies Driving Under the Influence (DUI) and Driving While Intoxicated (DWI) charges as “Operating While Intoxicated” (OWI) charges. The penalties for OWI charges in Indiana are pretty serious. If you are arrested for operating while intoxicated in the state, you can either be charged with a misdemeanor or felony charge. Both of these charges carry serious penalties including license suspension, hefty fines, and/or jail time.

If you have been arrested for OWI, it is important to contact a skilled and seasoned IUPUI Felony DUI Defense Lawyer without delay. A lawyer will help you come up with a formidable defense that can help lower the charges you are facing or even get your OWI charge dismissed. A skilled lawyer will explore defense options such as the lack of probable cause by the arresting officers, the failure by the arresting officers to administer a field sobriety test, and unreliable testimony by the police.

Your case will be classified as a misdemeanor if you do not have any prior DWI charges or convictions under your belt.

Your DWI case can be enhanced to a felony charge if you are arrested while operating under the influence and the following circumstances are applicable to your case:

Note that Indiana prohibits drivers from operating vehicles if:

The state also has a zero-tolerance law that prohibits drivers who are under 21 years from driving if they have a BAC of over .02.

As we have mentioned above, a DUI misdemeanor charge becomes a felony if:

Here is a list of felony OWI charges in Indiana, the reasons you can be charged with each felony, and, the penalties attracted by each type of felony charge…

You can be arraigned for a level 6 felony if:

You can be charged with a level 5 OWI if:

You can be charged with a level 4 felony if:

The penalties for a level 4 felony OWI charge may include: 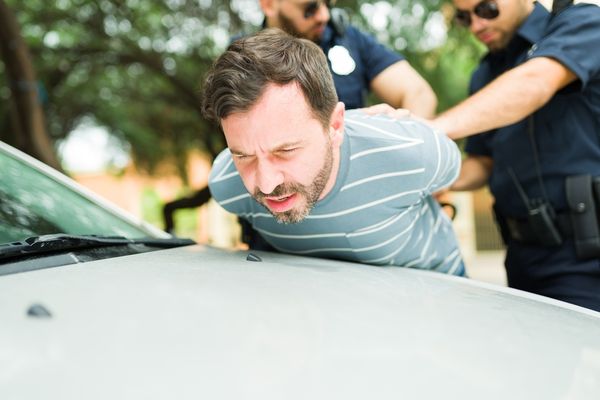 What is a Habitual Felony DWI Charge in Indiana?

A habitual felony DWI charge refers to an extra charge that can be tacked onto your existing OWI charge at the discretion of the prosecution.

What Other Felony DUI Charges Can I Be Charged with in Indiana?

Depending on the unique circumstances surrounding your case, you can also be charged with the following felony DUI charges in Indiana …

You can be charged with felony death by vehicle charge if you drive under the influence and cause the death of another individual and based on your records, your case qualifies for classification as a felony OWI.

You can be charged with misdemeanor death by vehicle if you have no prior DUI convictions and you unintentionally caused the death of another individual in your current DUI case. The ‘unintentional’ part may apply if the death occurred as a result of or in addition to other circumstances beyond your control.

You can be charged with a felony serious injury by vehicle if you cause serious injuries to another individual while driving under the influence and your case meets the criteria for classification as a felony DUI charge.

You can be arraigned for this felony charge if in addition to driving under the influence you acted negligently while driving and as a result, another person dies.

You can be arraigned for this type of felony if in addition to driving while intoxicated you did some other negligent actions and as a result, another person sustains grievous injuries.

Have You Been Arrested for A DUI in Indiana? Contact An IUPUI Felony DUI Defense Lawyer

The State of Indiana levies serious penalties on drivers who go against the set DUI laws. Apart from the risk of being slapped with jail time, hefty fines, and losing your license, a DUI charge usually shows up on public records – and, this can affect your future employment prospects.

With a skilled lawyer handling your defense, you can fight off your Indiana OWI charge and likely get a lighter sentence such as probation. Given that each DUI case is unique, it is important that you hire a lawyer who has successfully handled many DUI cases in the past. Such a lawyer will review your case and records and then help you determine the best defense tactics and arguments to explore in your case.

We strongly recommend that you contact the Rathburn Law Office immediately after you are arrested for a DUI in Indiana. Don’t talk to the police or anybody else unless your lawyer is present. This is because whatever you unwittingly say might eventually be used against you in court.

At the Rathburn Law Office, we have an in-depth understanding of the Indiana justice system and the applicable DUI laws given that we have been dealing with DUI/DWI cases for the past 25 years. We will listen to the facts surrounding your case and help you come up with a defense strategy that will give you the best outcome in your DUI case. To protect your rights and increase your chances of getting a lighter charge and penalty, call us immediately after you are arrested for a DUI/DWI/OWI in Indiana on 317.671.8965.

Can You Get in Trouble if You Blow Through a DUI Checkpoint?